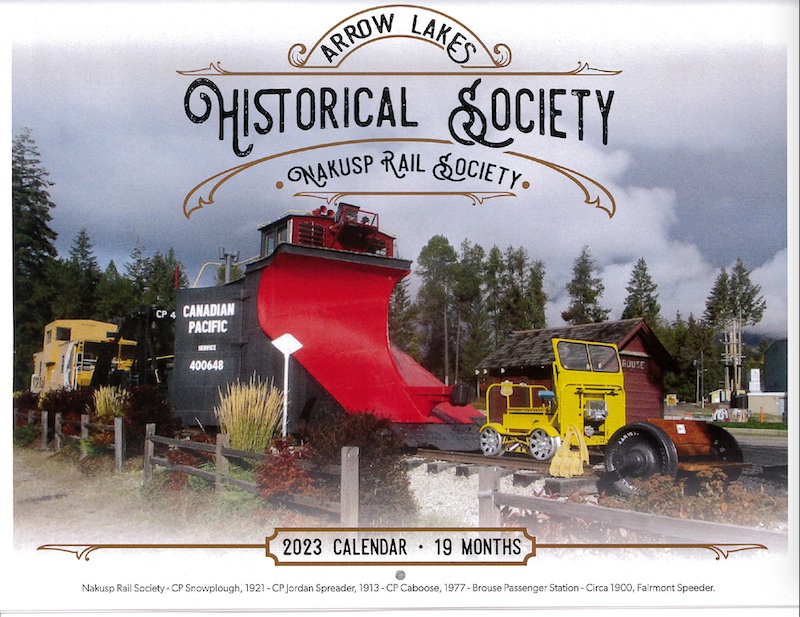 19 month calendar, starting December 2022, and finishing June 2024. The photos all are of trains and sternwheelers of the area. 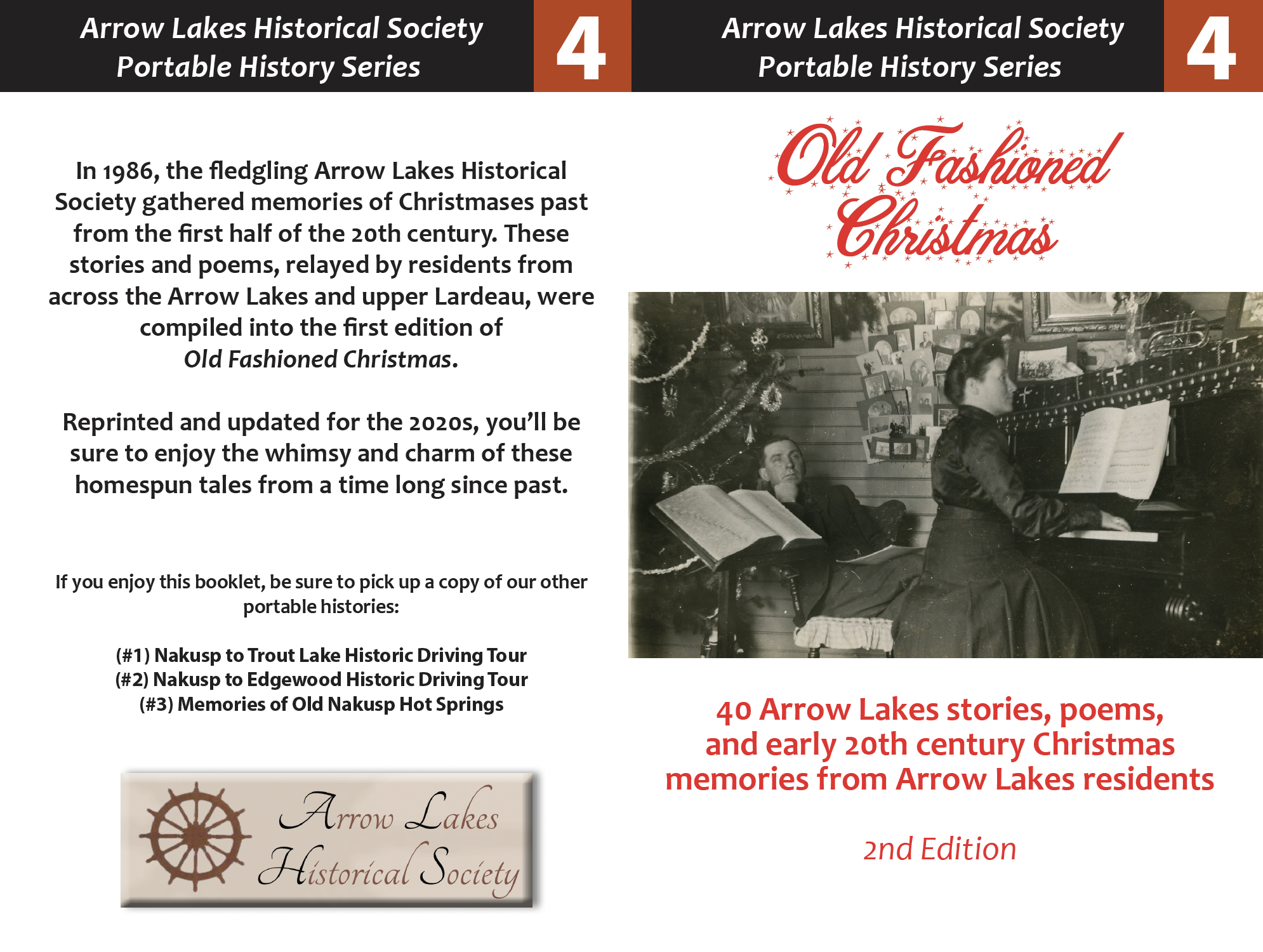 As the Arrow Lakes Historical Society nears its 40th anniversary in 2024, our
organisation has grown to a size and scope its founding members may have found
hard to imagine. Throughout the evolution of our group, however, one thing is
constant—the hard work and dedication of our volunteers. It was our founding group
of volunteers who produced the original edition of Old Fashioned Christmas back in
1986 as a small fundraising tool to help the newborn society’s efforts. Original copies
of this book are now very hard to come by, which is why we are excited to republish
this book after 38 years as part of our Portable History series of publications.
Three dozen longtime Arrow Lakes residents—nearly all passed on now—contributed
their memories of childhood holidays gone by from the early 20th century. The
original order of the stories and poems from the original book (save for one story
considered too morbid for inclusion) has been maintained. Other than the addition
of new photographs and captions, as well as the correction of a handful of typos and
spellings, we have also left the stories intact as they were presented back in 1986.
From Comaplix to Edgewood, Beaton to Burton, and Galena Bay to Glenbank, these
stories come from a time when life moved a little more slowly in a corner of the world
that was far more isolated than it is now. Whether you’re a relative of one of the
storytellers, a longtime Arrow Lakes resident, or just someone who enjoys a good
old fashioned Christmas story, Old Fashioned Christmas is a whimsical, homespun
journey to the last century you’ll be sure to enjoy. 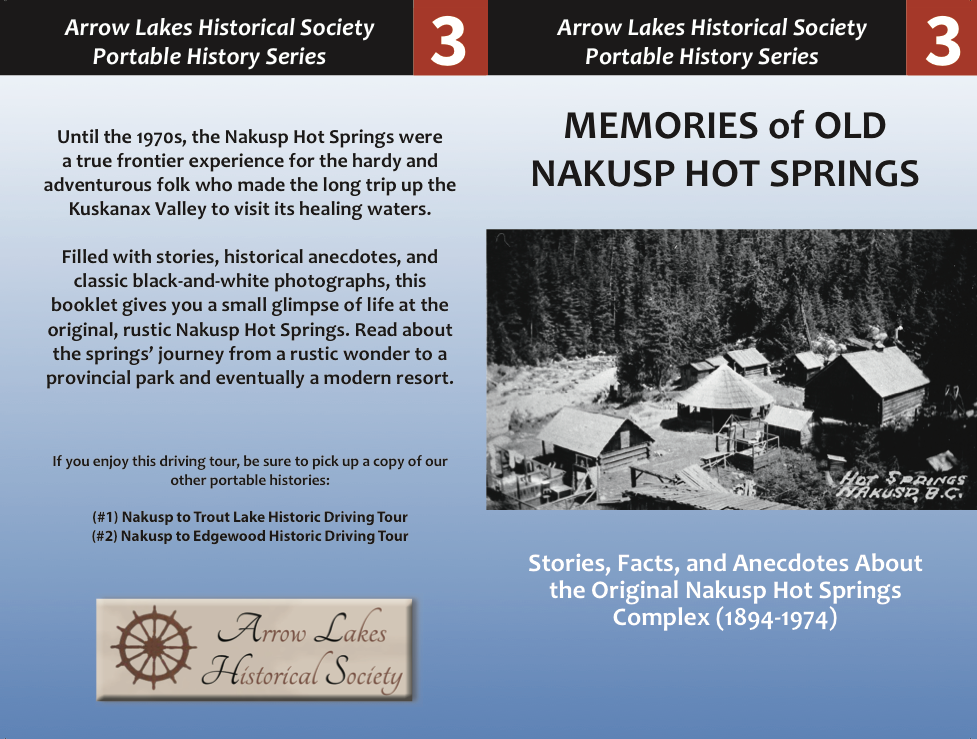 The third volume in our portable history series, Memories of Old Nakusp Hot Springs. Filled with stories, historical anecdotes, and classic black and white photos, this booklet gives you a small glimpse of life at the original, rustic hot springs. Read about the springs’ journey from a rustic wonder to a provincial park and eventually a modern resort. 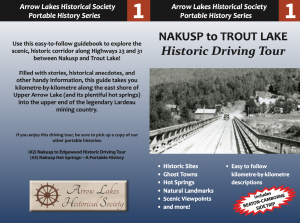 Filled with stories, historical anecdotes, and other handy information, this guide takes you kilometre-by-kilometre along the east shore of Upper Arrow Lake (and its plentiful hot springs) into the upper end of the legendary Lardeau mining country. 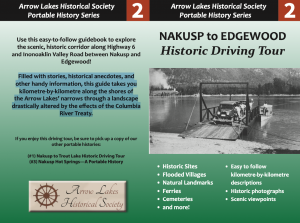 Filled with stories, historical anecdotes, and other handy information, this guide takes you kilometre-by-kilometre along the shores of the Arrow Lakes’ narrows through a landscape drastically altered by the effects of the Columbia River Treaty. 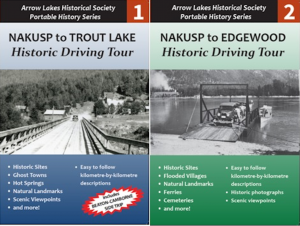 Get both the North and South driving guides. 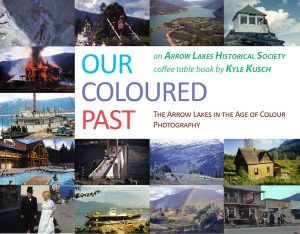 Our Coloured Past: The Arrow Lakes in the Age of Colour Photography

$30 (Canadian funds)
Our new coffee table book featuring 350 full-colour photographs takes you on a journey through the evolution of the Arrow Lakes and upper Lardeau from 1940 to the present. Author Kyle Kusch has filled the book with historical facts, stories, and whimsical anecdotes.

Winner of the BC Historical Federation’s Community History Award. 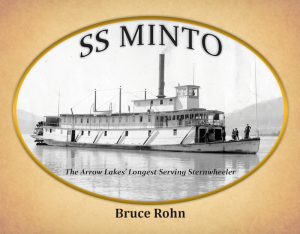 Author Bruce Rohn has used his extensive knowledge of navigation on the Arrow Lakes to write the first-ever complete history of the SS Minto, the longest-serving and most beloved of all Arrow Lakes sternwheelers. The SS Minto plied the Arrow Lakes for 56 years, from 1898 until 1954.

Winner of the BC Historical Federation’s Community History Award.

All five books in this series are hard cover, 9″ x 12″, printed on glossy paper. Replete with original photographs, great effort was made to portray the history accurately, chronologically and in an interesting manner so that all readers could not only understand the stories but get a real sense of life during these exciting years of development. Based on personal interviews made by the author as far back as 1970 and an equally impressive collection of photographs (around 7000), a history of the Arrow Lakes is presented to the reader in a format designed to capture one’s interest.

The Historical Society, formed in 1984, is most proud of this achievement that took twenty years to complete.

You can now order the full 5 volume set of the Centennial Series for $100 below for pickup at the archives. If you wish to have them shipped please contact us. (Please note: We are about to sell out of Faces of the Past and hope to have it reprinted in the near future.)

Payment by Cheque, Money Order or Paypal prior to shipping. Shipping for these books which are placed in a bubblepack will cost (within Canada) $20. In the US the cost will be $25. 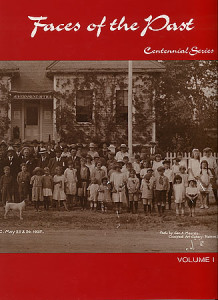 Volume 1: Faces of the Past

A pictorial overview of the entire Arrow Lakes region plus scenes from the Lardeau area. 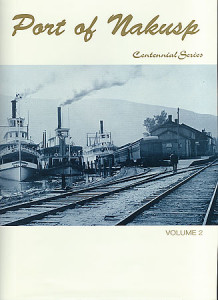 An in-depth history of Nakusp’s first 30 years from 1892 to 1922. The information in this book is almost entirely formulated from interviews due to the lack of a Nakusp newspaper in these early days. 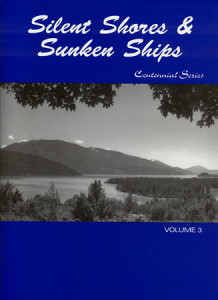 The story of the Beaton Arm, Arrowhead, Comaplix, Galena Bay, and the river above Arrowhead from the late 1880’s until the building of the Hugh Keenleyside dam. 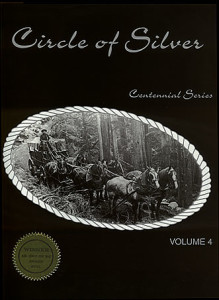 A close look at the great mining area known as the Lardeau garnered the author, Milton Parent, the Lieutenant Governor’s award for Historical Writing in 2001. Old towns associated with the Lardeau in its heyday were Camborne, Trout Lake, Ferguson, Beaton and Gerrard. 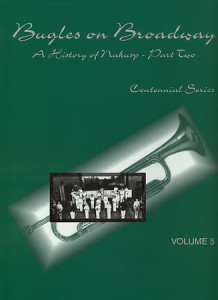 A History of Nakusp – Part 2 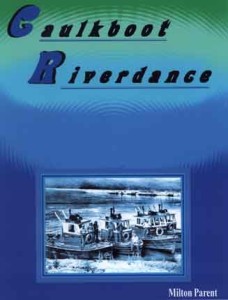 The first part of the book is an overview of logging and mill operations on the Columbia-Arrow Lakes Region from Castlegar to the Big Bend.

The Arrow Lakes Lbr. Co. at Arrow Head chose to transport logs from the Galena Bay area by the use of a locomotive. This company, along with the Big Bend Lbr. Co at Arrowhead and the Bowman Lbr. Co. at Comaplix, made the upper lake one of the largest lumber complexes in the province at the turn of the century.

Powerful tugs were needed to ply the heavy currents along the Columbia River above Revelstoke. Giant log jams had to be disentangled in this Celgar operation of the 1960’s. How it was done is explained by the young men involved in the operation.

Payment by Cheque, Money Order or Paypal prior to shipping. Orders for these books which are placed in a bubblepack will cost (within Canada) $20. In the US the cost will be $25. 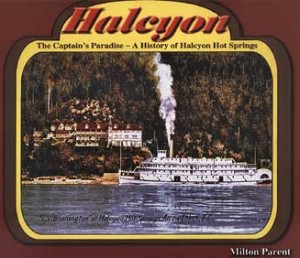 A history of Halcyon Hot Springs.

This DVD is 60 minutes long and is a celebration of the photographs and films of Ichiro Shiino on the occasion of his 100th birthday. Originally from Cumberland, Vancouver Island, Ichiro Shiino (1915-1999) arrived in the West Kootenay as a Japanese-Canadian internee. Though arriving under the bleakest of circumstances, ‘Ichi’ persevered to become a beloved member of the Arrow Lakes community for over half a century. From his arrival in Nakusp in 1943, Shiino documented the region through films, drawings, and thousands of photographs developed in his private dark room. Many of these photographs were published in local newspapers and magazines. We offer this presentation as a tribute to his kind, industrious spirit.