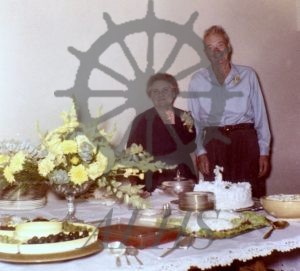 :
Marvel Simcock and Sidney Simcock of Rossland, formerly of Edgewood, standing at table, during their 50th anniversary celebration at their daughter's home in Spokane, Washington, 1961