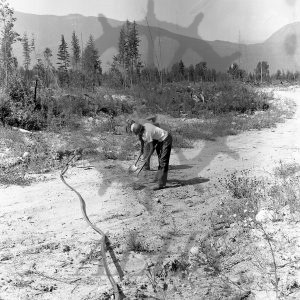 :
Men digging trench in dirt road near collapsed BC Forest Service hangar (collapsed February 1975, had yet to be removed as of March 1977), Nakusp.